​Jews around the world were startled by a series of pro-aliya online videos that went live to coincide with the week of Parshat Lekh L’kha. That’s the parsha in which HaShem makes it clear that the Avraham Avinu, progenitor of Jewry, is to relocate to the holy land and that his descendants will become astonishingly numerous. A few thousand years later, and via digital technology, Rabanit Tzipora Heller, Rabbis Avraham Twerski, Chaim Soloveichik, Danny Myers, Zev Leff, and other notable orthodox figures announced to world Jewry that Aliya to the holy land is imperative, not debatable. Their message: HaShem wants us here, not there. Come home.

The man who coordinated the creation and release of those videos is Josh Wander. The 49-year old man is a proud Jew who lived in Pennsylvania cities McKeesport and Pittsburgh, and Maryland’s Baltimore until he made Israel his permanent home. He presently resides in Maale Hazeitim. Married for 22 years to Yemenite wife Tali, a critical care nurse originally from Rechovot, Josh is a happy husband and father. The Wanders’ oldest son is serving in the IDF. Formerly a neighbor with many of the people who appeared in the videos and friends with them until today, Josh grew up under their influence – believing in the Zionist imperative. It is no dream, as Herzl made it out to be; aliya is an order from GOD.

“Any Jew who studies the Five Books of Moses aka Chumash, knows that the Creator of the world wants Jews in Israel and only in Israel,” Wander remarks. Readers of the text know that HaShem decided to repopulate what had been C’naan, replacing pagans with worshippers of The One GOD, and making that bit of real estate into Israel, home of the Jews. Jewish history being what is has been, Jews were either murdered, enslaved, scattered across the world, returned to our ancestral land, routed out again, and so on. Some Jews managed to remain in Israel no matter what, over the centuries. Others came back when they could, undaunted by painful, spiritually meaningful sacrifices. The pull to return home was strong, influenced by many relevant passages in the chumash. Most of Braishit aka Genesis and Shmot aka Exodus are about the command to reach Israel and the journey to the Promised Land, after all. But what of the fact that Jews have been chased out of Israel time and again, and that most of their descendants haven’t returned?

Wander sadly notes that over time, and despite yeshiva or Hebrew school educations, 20th and 21st century Jews chose to remain in communities outside Israel. Though they studied Torah and celebrated the end of Pesakh seder plus the end of Yom Kipur with the L’shana haba’a b’Yerushalayim call to return to Jerusalem, Israel’s capital, they hadn’t lived up to the words that they mouthed. “I’ve been trying to find a concrete way to deliver the aliya message to world Jewry for years,” Wander says. “I am disappointed that current aliya organizations aren’t succeeding in their missions to motivate Jews to make aliya. People aren’t coming home in massive numbers. Aliya is not a common or popular goal. During my speaking tours since making aliya, I found communities shocked and fascinated by my ‘Chumash tells us that GOD commanded us to live in Eretz Yisrael’ words. My listeners have been startled, shocked, and confused. I’d thought that Torah Jews knew that we Jews are commanded to live in Israel. It’s part of the 613 commandments. Most American Jews don’t know that, though. I was surprised by that lack of awareness. Lekh L’kha is one of many parshiot​ ​that include the directive to live in the holy and only in the holy land. This is not discussed enough in Jewish communities, which is almost unbelievable. Aliya organizations are not capitalizing on that, not emphasizing the reason to live in Israel. So, I developed the ‘Bring them Home to Live in Israel’ campaign, and launched the initial videos during a very significant week, to drive home the Biblical message. I’ve known some of the people in those videos for decades. I’ve davened in the shul’s of Rabbi Nachman Kahana, Rabbi Soloveichik and Rabbi Twerski over the years. I asked Rebetzin Heller to make a video in order to represent Jewish women. I met Rabbi Danny Myers through his own videos. I’ll soon be heading to the USA to get quotes from rabbis and influential community figures in America, for future videos. An entire series of them have been planned out. You can see the growing pro-aliya video series at the Bring Them Home campaign’s Facebook page, https://www.facebook.com/bringthemhometoday/ . An official website is in the planning stages.” 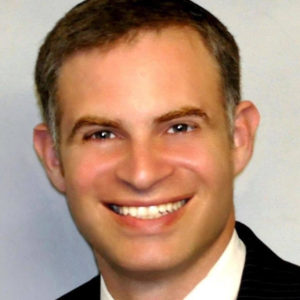 Wander is pleased to note the positive reception of his videos and Facebook page. He considers all pro-aliya organizations to support each other in a sense, yet their lack of a biblical context troubles the man. “My mission is to deliver a ‘GOD said so’ message to world Jewry outside Israel. I want to connect with Misrad Klita, Israel’s Absorption Ministry, too. I plan to have pro-aliya videos made in multiple languages so that I can reach people globally. Anyone who wants to sponsor these Bring them Home – Aliya NOW efforts with financial support will receive tax deductible receipts. I can be reached at jwander@me.com. My land address is Joshua Wander, Maale Hazeitim 2/11, Jerusalem 91000, Israel.”

Author of doctor-recommended book EMPOWER Yourself to Cope with a Medical Challenge (http://tinyurl.com/mycrisis-book) about how to cope with medical setbacks, a content provider and medical research editor who is a certified Health Information Management professional, Yocheved Golani goes at life with gusto and lots of laughter. Yocheved is a Life Coach for Ailing People. She is certified in Spiritual Chaplaincy (End of Life issues), and Counseling Skills. Want a peek into the life of a 5X brain tumor survivor? http://www.mishpacha.com/Browse/Article/1640/Glimmers-of-Light
View all posts by Yocheved Golani →