What advice would you give you children? So many things that I want to write about, so many things I learned from my mother and my mother-in-law, and even from my grandmothers. Being a Jewish mother is complicated for so many reasons. You have that angle of being Jewish. You might ask if it is so different than being any other kind of mother. I have to say yes. 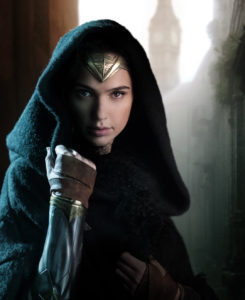 Long ago, a Christian friend came over to my house one evening and told me that she wanted to convert to Judaism. I still remember her exact words. “Ever since I was little, I would look out my window on Saturday morning and see the Jews going to synagogue and know that the world was going to be okay.”

Jews do not proselytize. We do not seek others to join our religion. Not because we are an exclusive club or better than anyone else. We aren’t. We don’t proselytize because to be a Jew carries with it the weight of the world. But seriously. More, we are born with obligations and since we do not believe that you can change that part which is so fundamental to your soul, if you are born a Jew, you will die as a Jew.

I have cousins who say they have converted to Christianity for one reason or another. The joke is on them…sadly, because Judaism is a one-direction religion. Once in, there is no out. I told this to my friend and she was still interested. I told her she was crazy…and she laughed.

And finally, I said that which weighs heavily on my heart as a Jewish mother. Being Jewish means condemning your children to anti-semitism. To being hated simply and only because you believe in all that it takes to be a Jew (and even if you don’t believe…you are still hated).

Would you condemn your child to die in a concentration camp, in a gas chamber? I asked her. I don’t remember her answer, but I remember the sadness in my heart.

Some of my advice will be universal; some only for Jewish mothers to share with their Jewish daughters as they transition to Jewish mothers. I’d love you to write to me and let me know what you think. As for why I put wonder woman here – aren’t we all wonder women? That’s the first piece of advice I give to my daughters. You are wonder women…we all are!

Comment on the posts or you can reach me at jewishmother@israelblogger.com