As Israel came out of the Jewish Sabbath this week, many of us were shocked to hear that sirens had sounded in northern Israel and Israel was standing on the edge of a possible war with Syria…yet again. For those in the north and those who do not observe Shabbat, they knew of what was happening in real-time. Real-time in this case was around 5:00 a.m. Saturday morning. For those who do observe Shabbat, it was quiet and peaceful in most parts of the country. Prayers, food, sleep; prayers, food, sleep.

The end of the Sabbath means reconnecting with the world and too often that means a shocking re-entry into reality. The first thing that came up was reports of large numbers of sirens in the north before 5:00 a.m. Then more. A drone was sent from Syria to infiltrate Israeli territory. The terrifying news that an Israeli fighter jet had been shot down; the more comforting news that the pilot was able to bring the plane back into Israeli territory and that the crew had safely ejected from the plane before it crashed.

News that the flight into Syria by Israel war planes was triggered by an Iranian drone that had entered Israeli air space. It was followed every step of the way and approximately 90 seconds after entry, it was shot down by an Israeli helicopter and captured. What is clear to all, is that Israel was tracking the drone and chose the spot. 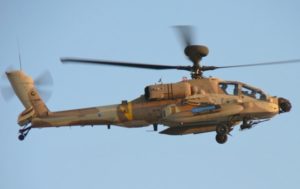 Israel sent fighter jets to bomb the source of the drone (and other targets deep into Syrian territory). This means we knew from the minute the drone took off. Syrian and Iranian forces fired 25 missiles at the Israeli jet. The missiles fired at the plane triggered sirens in Israel’s northern region.

Some say, an Israeli jet was hit over Syrian territory and the tail fell into Syria while the pilot managed to get the rest of the plane home…over the border, at least….Other reports say the plane was targeted over Israel. Still another report says all the missiles missed the plane, but one might have hit an anti-missile flare that was very close to the plane, causing the damage. Whatever happened, to Israelis, the important thing is that the pilot and navigator made it home.

Although the pilot was seriously injured, it was announced that he is doing much better after a successful operation. We are forever grateful that we did not leave behind any hostages; that today, we do not have another Ron Arad missing in action. Israel is on alert; the Syrians and Iranians humiliated by clear defeat.

For now, it is a waiting game to see what will happen next, if more sirens will be sounding soon. In the meantime, we are focusing on two things that happened in the last 24 hours. The first is the drone and Israel’s fast and strong response (and Iran/Syria failure). Even now, Israeli experts are examining the drone. The second thing that many Israelis are noticing, is world-wide response. We know what we’re doing to get from the UN and Europe.

We’ve become rather cynical, here in Israel, over the last 8-10 years. We know that the most likely response from most countries and from the United Nations was (and likely will be) condemnation. I have little doubt there will be yet another UN resolution condemning Israel in the next few days.

Instead, the Trump White House was quick to issue the following statement: “We support Israel’s right to defend itself against threats to its territory and its residents.”

That simple. That clear. Now, doesn’t that sound like a much more reasonable response to what the Iranians and Syrians tried to do today?

Thank you, President Donald Trump – because that is the correct reaction when an ally’s airspace is violated, when an unmanned plane is sent in.

Video of the Helicopter Intercept