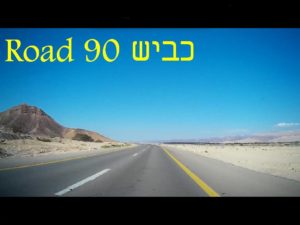 A friend of mine inspired me to write this down as I’ve been sharing this story with others for about 15 years or so.

It’s a riot, it’s crazy, it wouldn’t happen anyplace else, and yes, chalk it up to “only in Israel”.

Dateline first Friday of June 2002.  My family and I were going for a Shabbat with my wife’s company to Eilat. Those were the days when high tech companies took employees and their families on cool weekend getaways to Tiveria, Eilat and some companies even flown employees to either Cyprus, Greece or Turkey. If the employee had to chip in any money, it was at a bare minimum and it came off of your next month’s gross salary. In other words, you barely felt it in your next paycheck.

Well, my wife has now been a technical writer for a total of 17 years. Back in 2002 she was working for a great high tech company in Kfar Saba where her boss announced that the company was treating the company to a weekend in Eilat.  That very early Friday morning, our children who were 10, 9, 5 and 3 respectively (just last week, the 3 year old  graduated High School) and us then 30 something parents (quit trying to guess our ages and just keep reading!) piled into our SUV and began our trek 4.5 hours down to Eilat.

About 3 hours or so into our trek, we just travelled through the huge mountain range between Dimona and Route 90, known as the “Arava” .  The Arava is a very long, straight road consisting of about 90% of nothing and 10% of gas stations, kibbutzim and other places that one doesn’t really notice because all you want to do is get to your hotel in Eilat, unpack, put on your swim suits, sunblock and sit out in the 106F sun by the pool.  Well, Penina and the boys were snoring soundly while I had “Bat Out of Hell” by Meatloaf on the tape deck (I did mention that it was 2002, didn’t I?).  The speed limit was 90 KM per hour (roughly 60mph for those of you celebrating the 4th of July), yet since my fave tune was being blasted on the tape deck, I was travelling at an impressive 135 KM per hour, as the crow flies. The road was clear, not another car in sight. It was great.

About 200 or so metres ahead, I notice a huge boulder on the right shoulder of the road. This thing had to be a remnant of a meteor that crashed into Earth some millions of years ago. It was massive.  Yet I noticed a short man in uniform jumping from behind it, ferverently doing jumping jacks.

Yup. I was caught.

“Oh well”, I thought with a slight giggle.  I slowed down and pulled over like a good, sober driver.  The cop, who was no taller than about 5″3 and about as cute as an Oompa Loompa from a cool chocolate factory I once read about, came over, asked me for my license, registration, teudat zehut, etc. I smiled as I gave it to him and asked him politely if my kids could jump out, have a stretch and maybe water the weeds. He responded with an assuring, “ain baya”, (no problem).

Five or so minutes pass, and on his mike from his car he calls me over. Holding onto his radar, he showed me that I was clocked at driving 124 kph. I knew that I was going 135 kph, but I decided to keep quiet about it.

Then, he asks me quite shocked and in disbelief, “your name is Rashi”?

Trans:  Our Father in Heaven! I sinned before you! How could I ever give Rashi a fine? (Bowing his head) O Holy Rashi! Drive slowly!

Getting out of a ticket like this would never happen anyplace else.   Yup..only in Israel.