Your Israeli Knesset Center – Polls &amp; Analysis, show that voters don’t see any of the wannabes, including Prime Minister Binyamin Netanyahu, as the Prime Minister of their choice.

I’m going to quote here from a few of his recent posts:

Who is most suited to serve as Prime Minister?

If you had the right to vote in Labor primary – who would you vote for?

#1 Who is most suited to be Prime Minister?

#2 Who is most suited to be Prime Minister?

On one hand it’s pretty humorous, but to be honest it’s much more worrying. Most Israelis don’t see/feel leadership coming from the politicians running the government. These politicians don’t have vision. They just talk of alliances with foreign governments and “getting approval/permission” from foreign leaders for our growth and development.  This is very worrying and bad news for sure for the future of the State of Israel.

You don’t have to be a great Bible scholar to see the parallels between now and the time of the Judges:

Rescue of the Jewish People finally came from the women, most notably Naomi, Ruth and Hannah whose actions resulted in the establishment of a Jewish Kingdom.

Gd willing, we will be redeemed speedily in our days.

May You have a Peaceful and Blessed Sabbath 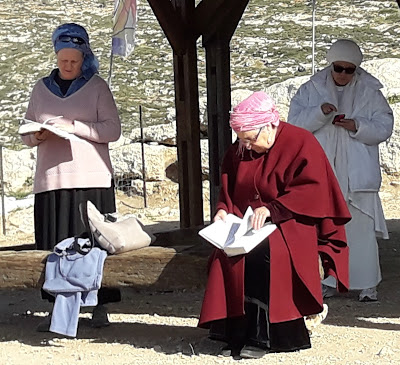