Remember those news shows that give you a quick round up of what’s happening? Well, that’s what I’m after. A few paragraphs to tell you what Israel looks like from this side of the water. 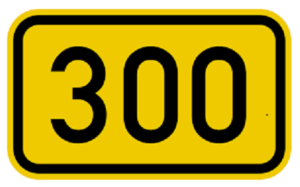 Sadly once again too much heat and violence. First, we’ll start with some miracles – always a good place to begin.

First miracle is that Shula Malka is doing better. She was attacked last week and stabbed repeatedly in the chest. Next up – the IDF announced that it cracked yet another terror cell. This one was about to launch terror attacks in Jerusalem and Tel Aviv. Nasty stuff! And yet another miracle.

For weeks now, the Palestinians have been flying incendiary kites, burning so much of the south. Over the Jewish Sabbath, at least 25 fields were torched. Now, they’ve turned to balloons as well, and here’s where the miracle comes in.

Booby-trapped balloons floated across the border and at least three of them landed in Netivot. Tied to the balloons were flaming Molotov cocktails. The Gazans were clearly bent on murder, but God left the terrorists (and their balloons), hanging from a tree.

Sadly, there was no miracle for hundreds of turkeys choked to death after an explosive kite flow in from Gaza.

Still more in this 300 word round up. Enough bad news? Let’s go for something good. About a month ago, Philippine authorities arrested more than 480 employees of a company.

The charge was based on an international money scam and eight Israelis were among those arrested. After an investigation (and why did they arrest them and THEN investigate), it was decided that there wasn’t enough evidence and the Israelis were set free. According to the article on CTech, “the Philippine prosecutors have decided there is no probably cause for arrest.”