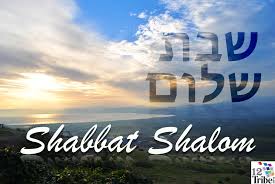 In this week’s parsha we are told we have two tests. Both are related, so the answer is basically the same – the same One. That is, the test questions seems to change, but the answer always remains One and the same.

Hashem takes our nation out of Egypt, basically saying ‘I’m everything and I am your God and the only God. I will provide you with everything you need. Don’t fear. All you need to do is trust and have faith in Me, because all of the universe is Me.’

We get to Repidim and kvetch there’s no water. Hashem gets angry that we don’t trust Him. It’s no biggie for Him to give us water, even from a rock. The fact that we kvetched showed we didn’t really get it that as long as we stick with Hashem, we’re covered – all will be taken care of.

We then send out spies to check out the land Hashem promises us, and, instead of putting our full faith and trust in Hashem, we kvetch and cry again. We still didn’t get it.

It really was the same test put a different way – but the answer was still one and the same. The answer, in short, given in last week’s parsha is: Ein Od Milvado (Dvarim 4: 35) – There is nothing but Hashem. Hashem is One. He is everything and everything is He.

Now in Parshat Ekev, Am Yisrael is soon to enter the Land of Israel, and the first test is revealed to have already been given. Reflecting back, we are charged to remember the entire 40-year journey in the desert where and during which we were tested to know if, in our hearts, we intend to keep Hashem’s mitvot or not (Dvarim 8: 2). Passing the test and accepting to keep the commandments is a direct outcome and reflection of recognizing Hashem and that Hashem is One. This test is also a prerequisite, after all, Hashem is ready to take us in to the land He promised us as part of our covenant with Him.

The second test comes as a warning for the future, of the time (which is our era right now) when He will test us yet again to determine what is really in our heart –

“In order to test you, to better you, at the End of Days. And you said in your heart, ‘My power and the strength of my hand have got me this valor.’ And you will remember Hashem your God, because He is Who gives you the power to do valor in order to establish His Covenant which He swore to your Fathers, as it is this day (Dvarim 8: 16-18).

The single key word in these verses is “bilvavecha” – in your heart.

We might say that God has many User Names, many messengers to fulfill His will. The test is to not mix up the messenger, any one of His User Names, with Him. He is One. For instance, He created and uses the sun, planets, and stars to give us day and night. So, if He asks, ‘Where do we get the daytime from?’, and you answer, ‘the sun’, you don’t get it. God and His will give us daylight by way of His sun. In areas of the Far East they still haven’t figured this out, and bow to the sun.

Here’s another example: Most writers dread that ogre called ‘writer’s block’ and pray for that wonderful blessing called ‘muse’ (btw, both ogre and blessing are from God). The special kind of ‘muse’ God gave our Patriarchs, Prophets, Sages, Tzadikim, and leaders is called “ruach haKodesh”, the holy spirit. If you regard that messenger of God as a deity in itself, you fail here too – that’s idolatry. Anytime the part or messenger of God is isolated as the source or cause, in place of God or a god in itself, you miss the mark. Again, Hashem is One.

It’s not just a problem of not getting it that it’s a synecdoche, only a part of a whole, like seeing only a limb and not the whole body, which is what idolatry is. The problem is the displacement of faith and trust in the messenger or part and not seeing the messenger for what it really is – one of many instruments at the disposal of He Who sent the messenger: The single, Unified, One God.

Two video clips come to mind in writing this. One is a really funny gig that Israeli stand-up comedian Yohay Sponder did for Israel’s Independence Day. As funny as it is, there’s a lot of truth on many layers. Regarding the 1948 war, he says how Israel was attacked by –

WATCH: Did you catch Israeli comedian Yohay Sponder explaining the War of Independence?

Many who fought in Israel’s Independence War tell, in documentaries and history books, how they went in fighting so grossly underequipped that they actually believed a broom could fire.

It’s hard to displace faith when all you have is a spoon or a broom. And that’s the crux: When we knew we couldn’t place our faith in the physical weapons at hand, in our hearts we trusted Hashem. Although then that wasn’t much of a test.

It is a test when you have one of the best militaries with advanced weapons and systems. To stress it’s a test, with as much prominent emphasis possible just short of whistles and bells, all the greatest hi-tec means are not securing us from the most primitive of weaponry – knives and rocks.

The test is what is ‘in our heart’ on an internal, not external level. It’s all a question of where we really place our faith. It does not by any means say not to put our best foot forward, externally – in this case militarily – and just stick with a spoon or broom. No. Use the best stuff the military has, by all means, but don’t put your deep-down, deep-seated, true faith – what’s really ‘in your heart’ – on anything but The One.

But, there’s Iran, and Hezbollah, and Hamas, and…But nothing, lest we forget we were defenseless slaves in the land of the superpower of then, Egypt. Moshe Rabbenu took it day-by-day not knowing what was next or how Hashem would do it, but he had faith that Hashem would get our Am out of there. At our highest collective spiritual level, at the crossing of the Red Sea, the Torah says that Am Yisrael “believed in Hashem and in Moshe His servant” (Shmot 14: 31).

Our job is to keep our promise and keep Hashem’s commandments and make sure deep down in our hearts that our faith is only in Him. If we do His will, He promises to protect us. How? – Leave that to Hashem. He’s got the whole world at His disposal. This, in a nutshell, is the very level of spirituality and consciousness that Hashem has been trying to get us to all along.

If we’re engrossed in keeping our part of the Covenant, we really do not need to worry how He does or will do it, and we may not even be able to imagine in our wildest dreams, like the ten plagues – how. This is why I thought of this second clip while writing this:

This is the link to a video recorded interview with IDF Captain Dan Gordan telling how a major terrorist tunnel attack was thwarted eight days into the 2014 war in Gaza, “Operation Protective Edge” – basically by some religious guys from Bnei Brak who needed unripen wheat for Passover Shmueh Matzah. Only two days after they harvested the entire wheat field, 13 Hamas terrorists popped up from a hidden tunnel smack in the middle of that very wheat field, mortified to discover that the tall wheat they were depending on for camouflage was gone. They were totally exposed, so a response could be met within 90 seconds. As Captain Gordan says, “But for those religious Jews following [Torah to the T], we would have had a disaster.”

Hey, Am Yisrael, how about we pass the test?