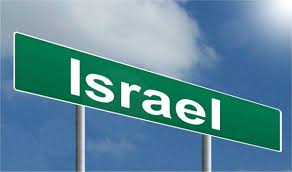 The first time I read the words of missionary HaYovel’s co-founder Sharri Waller,

“I have been grafted into the nation of Israel, a child of Abraham by faith!”
(on their main HaYovel.com website, March 15, 2005) –

I have to admit that I chalked it up to poetic license. I had no idea just how sinister a concept it is or what it really refers to. I also wonder just how many other Jews read that quote and mistake it for creative writing as I did, missing the missionaries’ whole goal and intention.

It’s not poetic license at all – she means it very very literally.

Only recently I learned just how much I (and I will assume many other Jews and especially Israeli Jews) do not understand the whole “Ephraimite” aka “Lost Tribes” aka “Whole House of Israel” missionary tactic. It’s all aliases for the same “replacement theology”.

Basically, this man-made idolatrous theology instructs Christians to join Jews as “Israel” whereas instead of replacing the Jews, these leeched on idolatry worshippers decide for themselves that Israel will then only include “Jews” who accept their yishke (which, by definition of a Jew, such “Jews” are not Jews at all). This is the meaning of their use of the unkosher agricultural practice called grafting. That is, these missionaries are saying that those Jews who do not believe in their J-god (i.e. the true Torah-following Jews!) are only the branches which need to be cut off so that the Christians can replace them by being grafted in.

So sneaky. So tricky. So diabolical.

In many ways it reminds one of what the Muslim refugees are doing right now in Europe, to the European Christians, and in the US too.

Note too that the missionaries are using an agricultural practice – grafting – that is forbidden by our holy Torah as a way to try to replace the intent of Torah. They are using a totally unkosher method to try to claim it to be the new kosher.

Not only are we forbidden to graft, but one must prune from underneath the last grafting, and a Jew cannot even own a tree that is grafted.

Jews who support Jewish Judea and Samaria, and especially those who live there, must read the entire following linked article explaining why the goal of the Ephraimites is to live in Yehuda and Shomron:

“The main goal of Ephraimites is to settle in Israel, particularly in Yehuda and Shomron, as they believe this is their biblical inheritance and neccessary for the return of yashke” (from the article).

Bear in mind that the Wallers, i.e. HaYovel located on Har Bracha, are Ephraimites. They live in the Shomron because they believe that they must physically return to the land for their jesus to come.

In other words, everything the Wallers, who believe they are “Ephraim,” are doing in the land is in their eyes contributing to bringing jesus, no less than if they were successfully converting Jews. And those who praise the Wallers and claim the Wallers are fulfilling prophecy are praising ovdei avoda zara, and strengthening their faith in their avoda zara.

As Jews, we have a duty to stop promoting and enabling this avoda zara right here in Eretz Yisrael. Missionaries are merely the byproduct of avoda zara.

After that, they also think they have the right to give the Jews a second chance. Yup, you read that right. HaYovel held and circulated a prayer session in Februrary, 2017, in which their leader and founder Tommy Waller speaks about the second coming of their false deity and how the Jews get one more chance to get it right: “Father, your face is steadfast towards Jerusalem right now as yeshua is about to return, and make himself known again to your people.”

The clip itself is entitled “Jews get a second chance” –

Until the end of this long and bitter galut, the protest is not about what these goyim think. We know from Hashem’s Torah the truth – The absolute truth – and that is what will prevail. Instead, the purpose of this post is to warn Jews of this sly idolatry and to protest Israel’s support for such a missionary group being in Israel.

In this week’s parsha, Parashat Re’eh, we are instructed by Hashem –
And He says: “You shall utterly destroy from all the places where the nations, that you shall possess, worshiped their gods, upon the lofty mountains and upon the hills, and under every lush tree. And you shall tear down their altars, smash their monuments, burn their asherim with fire, cut down the graven images of their gods, and destroy their name from that place. (Deut. 12: 2-3).

The worshipping of their J-god upon the lofty mountain of Har Bracha – is an abomination in the eyes of Hashem. Yehi ratzon that we should merit the geula soon when, among the many things Mashiach will do to purify Aretz, the idolatry of these missionaries will no longer be in Eretz Yisrael.