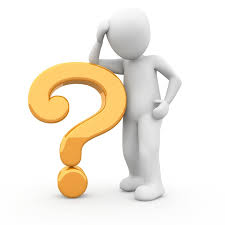 With the world a nervous wreck from that missile-happy North Korean, Am Yisrael could use a soothing reminder of the two Gulf Wars.

In preparation for the first Gulf War, the Israeli chevre kadisha ordered tens of thousands of body-bags, lo aleiynu.

So, who controlled the non-conventional weapons?

The following is the famous account recorded in all books on the Baba Sali, here taken from chapter 6 of To Cross The Line With a Bridge:

“Just as Joshua encircled Jericho, laying the spiritual foundation for military victory, so too our Tzaddikim today are still the ones who work secretly to lay the foundation for our victory, or least preservation, over modern wars. Like the story of the Baba Sali and the Rebbe of Lelov that’s even in most of the children’s books on the Baba Sali. During the Iran-Iraq War, Rebbe Yisrael Abuchatzera, known as the Baba Sali, was already well over eighty years old. He asked his driver to take him to Meron, to the shrine of the holy Tanna Rabbi Shimon bar Yochai, author of the Zohar. And from his home in Netivot in the south, we’re talking then at least a five-hour drive. He heard that the Rebbe of Lelov was there and wanted to meet him.

“Anyway, once there, the two Torah giants met. But they met for all of half a minute. And they didn’t speak a word to each other. Not one word. Both faced each other – the Moroccan Baba Sali with an extra gabi over his burnoose, and the caftan-clad European Hassid, the Rebbe of Lelov – looked the other in the eye for that half minute and then the Baba Sali told his driver to drive him back home – yes, another five-hour drive. Unable to contain himself, the driver begged the Rebbe to reveal what exactly happened there. ‘Even if we don’t merit cancelling the decree of war up there completely, and we probably won’t be able to prevent a war from breaking out,’ the great man said, ‘but at least we were able to secure that they will not use any unconventional warfare on us as they did to each other’ (meaning Iran and Iraq). True to his word, while the Iraqis and Iranians used chemical warfare on each other (and even on the Americans), none was used on Israel in the two Gulf Wars.”

…even though we anticipated it…

Am Yisrael is forever grateful for all our tzaddikim! Ashreinu!