The original plaque for the memorial read:
The National Holocaust Monument commemorates millions of men, women, and children murdered during the Holocaust and honors the survivors who persevered and were able to make their way to Canada after one of the darkest chapters in history 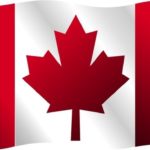 I don’t understand the problem. It doesn’t mention any religion or lifestyle or target population. It says “men, women, and children”. 6 million Jews died in the camps – along with 5 million other people. To make it only about Jews would be wrong, and to mention every targeted population would be to make it about the things that differentiate us, rather than a reminder to the country that its greatness is partly founded on refugees, and that Canada has a tradition of welcoming all.
To Canada and its decision makers, I would like to say this:
Canada is the real Land of the Free. Was it not the final destination of the American Underground Railroad?
Any city in Canada is more of a melting pot than any place in the USA. Canadians of all dress-codes, lifestyles, and heritages all live and work side by side. Canada is like a punch bowl where everything on the shelf was poured in to make one new drink. The USA is more of a buffet, where people live in their own spaces in one city peacefully, as long as the jalapenos don’t slip into the cole-slaw.
I love the USA. I love Israel. I’m proud of my heritage. I remember my family killed in the Holocaust, yes, only because they were Jewish. And I taught my children of the evil of the Nazis, who tortured, enslaved, and killed Jews, homosexuals, mentally challenged, Gypsies, Blacks, Catholics, political dissidents, and so many other targeted populations. And I pointed out the picture in Yad V’Shem that my grandmother pointed out to me, and said, “This is your family.”
Yes, Nazism was mostly about Anti-Semitism. But rather than holding that up as the light for the world to remember, perhaps it would be better to remember that it happened through a democratic vote, not in the ancient past but in modern times. That the human race has a lot of growing up to do. That we are all responsible for making sure it does not happen again. And when it does happen again – ISIS is smaller than Germany but basically doing the same things for the same reasons – we take a stand in the way that Righteous Among the Nations stood.
The original plaque was correct, IMHO. It’s a shame the Canadian government was hounded into changing it.
It's only fair to share...