Well, the latest from Israel includes elections. Really, elections. Can you believe it? Much of Israel is coming to terms with it and, on the bright side, many will tell you – is a day off work and school! Mostly, it’s hard to tell whether the bigger news is the fact that Prime Minister Benjamin Netanyahu has confirmed that new elections on April 9, 2019, or that Naftali Bennett stole the show by announcing his new party. Yes, indeed, Bennett quickly  created a political storm by announcing that he and Ayelet Shaked were leaving Bayit Hayehudi to form a new party called, The New Right. 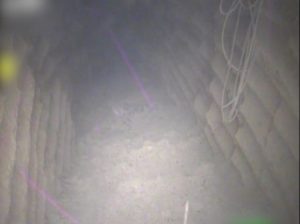 Muddling in between elections and the new party, we also have the discovery of yet another tunnel dug from Lebanon into Israel. It was confirmed recently that Israel gave intelligence reports to UNIFIL about Hezbollah’s tunnels. And what happened to that intelligence. You have probably guessed. The information was turned over to Hezbollah. Shocking? Sadly, not at all. This is the fifth tunnel to have been discovered and each has been destroyed.

In at least one case, Israel flooded the tunnel with liquid cement until the entire tunnel structure was filled completely. Today’s news also includes two major escalation issues in Israel’s south. The first is a terror balloon that landed in Kfar Maimon. Second, news of a rocket fired into Israel – the first since the latest ceasefire was declared.

Meanwhile, despite tunnels and elections, Bibi, his wife Sara, and son Yair flew off to Brazil. Warm welcome a bit of soccer on the beach. A stamp with Bibi’s face on it and all around, a smashing success. Rumors are flying that Brazil will move its embassy to Jerusalem.

So, as 2018 closes and 2019 approaches, we can sum up the year that was with the simplest of words – elections and politics, rockets and terror balloons, tunnels and trips, in 307 words!