Linkedin
Ever since this horrible tragedy began to unfold yesterday afternoon, I have had this terrible feeling in the pit of my stomach. As the news began to filter in from the area of the Dead Sea that there was a terrible series of events playing out, I was confused along with millions of others.
Reports of what kind of school was encountering the difficulties; where was the school from; was it a bus that was washed away; was it a hike gone terribly wrong? 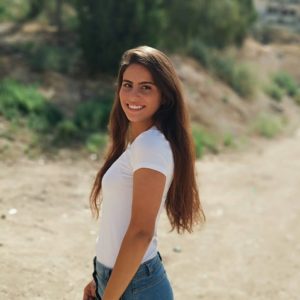 In the end, it didn’t matter at all–none of that. Because in the end, the neshmot [souls] of ten young adults, whose entire lives were ahead of them, perished in the flood waters.
Ten of Israel’s youth will not finish their bagruyot [matriculation exams]; and the will not serve in the army. They will never marry; nor will they  have children. And, they will never again be held by their loved ones or friends.
Among those who perished was Ella Or, a resident of Maale Adumim. After all of the students were accounted for (either alive or not), one was still missing. I, along with many others began to recite Tehillim in the fervent hope that Hashem would see to it that the rescuers would find Ella. But, it was not meant to be. Ella died along with nine others on that fateful day.
Ella’s last name, Or, means “light” in Hebrew. And without a doubt the light went out last night in our community of over-40,000 residents. We are all in a state of shock and mourning. While every family and every community mourns their losses, we here in Maale Adumim will mourn OUR loss. She was one of us. Ella went to our schools; had friends here and attended Bnei Akiva with other local kids.
Every account I have heard about her from her friends, since yesterday, has pointed out her ubiquitous smile. As you see from her picture at the top of this note, her smile was captivating, and it was her hallmark. There is an expression found in TaNaCh that says “כשמו כן הוא” which loosely means “As his name, so was he.” From all I have heard, Ella’s name, אור, Or (“light”) was truly what she emanated. Her friends and family are devastated and we are all in shock.
And while the light went out last night in Maale Adumim with Ella’s death, I am confident that her family and friends will see to it that her light will shine on through them in acts of kindness, chessed and other ways.
May her memory be for a blessing.

Whatever you are doing when you read this…stop for a moment. Tell your kids how much you love and cherish them. NEVER take life for granted. Sadly, we learned that lesson again yesterday, in a very tragic way.
It's only fair to share...