We often pray that we live long enough to see some great wrong made right. Sometimes it happens, sometimes it doesn’t. When it does, we celebrate; and when it doesn’t – well, we pass it on to our children, our grandchildren and beyond. For the Jewish people, one of the greatest wrongs was made right even though it took almost exactly 2,000 years for it to happen. And yes, our collective Jewish memory is not only that long, but even longer than that. This is what sets us apart from nearly every other people or nation in the world. While Christians remember a time when Jesus walked this earth, none of them believe that they were there to see it, hear it, feel it. Muslim speak of their prophet Mohammed, but they too do not imagine any vision that they were given.

We stood at the foot of Mount Sinai when God gave us the Torah – we, the Jewish people. We were there, throughout the history of our people and we will be there in the future. Beside us when we marry, if we are blessed, are our parents and as many grandparents as possible. For me, it was only one. But for my husband, who lost all his grandparents in Auschwitz, there were none. Decades later, for the first of three of my children, two of their grandparents were there. But above us for all of these weddings, were the patriarchs and the matriarchs of Israel, our remaining grandparents and great-grandparents and beyond.

Today, 52 years ago, a terrible wrong was made right. In a war that was waged against us, we triumphed. Yes, in 1967, technically Israel attacked Syria and Egypt. It is called a “preemptive” attack because even a person with an extremely low IQ would have known war was coming. How? Because the Egyptians closed the Straits of Tiran – an act of war. Assad and Nasser were bellowing out their intention to destroy Israel. Troops were moved to the border. The attack that would have caught us by surprise, was circumvented by our attack that caught them by surprise. 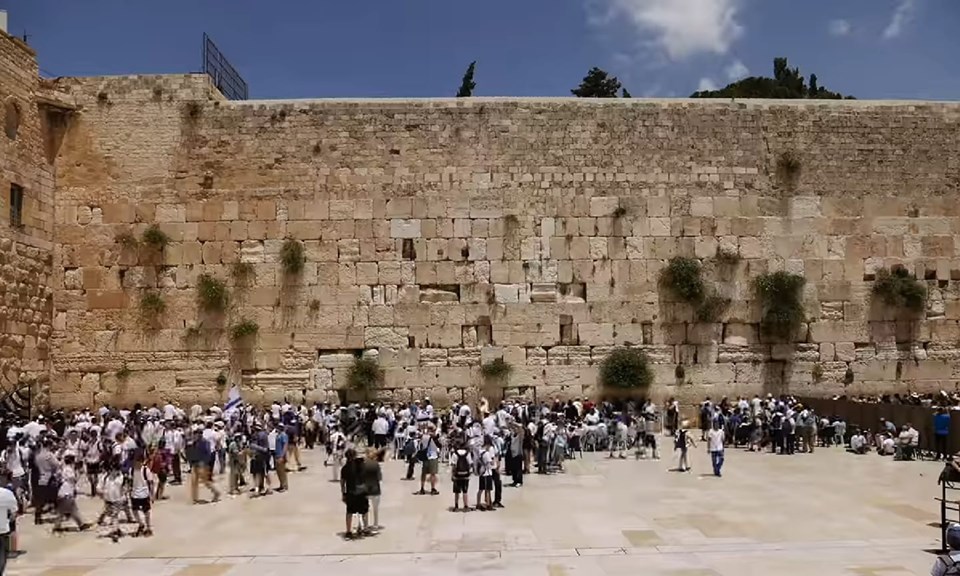 But the war that returned Jerusalem to us after 2,000 years – that was a war we didn’t start. Jordan was told that Israel had no intention of attacking it. International messages flooded the Jordanian capital and their response was quite simple. They would fight with their “brothers.” In truth, King Hussein was more afraid of an Egyptian-Syrian victory and losing out on a cut of the land, than he was afraid of an Israeli victory. His miscalculation; our blessing.

Jordan attacked Israel and Israel pushed them back beyond the Jordan River and for the first time in 2,000 years, Jerusalem was, as she is today, united, undivided, ours.

On Yom Yerushalayim, the city fills with people wearing blue and white; flags are fluttering in the soft breeze.

Most days, people are ready to defend Jerusalem, try hard to teach people the truth of its history. A history that spans over 3,000 years; our history. Today, this one day of the year, we won’t bother. What was ours, is ours again. Others may ignore that; we will never forget it. From the hilltops, today we shout. Jerusalem is ours as it is no one else’s. Others may love it; others may proclaim its holiness. But it will always be the capital of the State of Israel and the capital of the Jewish people. Forever. Eternally, Undivided. United.