The news from Syria is quite tense right now. There is a growing surge of refugees trying to get out of the way and tragic bloodshed being reported. Of course, sadly, the United Nations is too busy to take up the cause of Syria because apparently, an Israeli added on a closet to his house and so the UN is busy investigating that. Also, as a result of countless fires that have destroyed thousands of acres in Israel, the United Nations is watching carefully to make sure that we don’t do anything to insult those lovely terrorists who are just out having a nice day flying balloons and kites.

In fact, the UN has issued a statement that they are quite certain that Hamas has no clue who is tying bombs and explosives, and molotov cocktails to the ends of those balloons and kites. They are quite sure that Hamas will cooperate in finding those who are doing this terrible thing…just as soon as they finish burning the rest of the tires they’ve brought to the Israel-Gaza border.

Meanwhile, Syria is saying that there’s just been an explosion near Battalion 131 in Khan Ashiya. (Hat tip to Allan Silver.) It seems the Iranian Revolutionary Guard’s operations room and espionage platforms were destroyed…oops…

Oh, and the control power seems to have…um….well, it doesn’t work either. 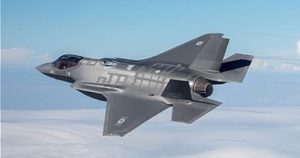 And…well, sad to say (okay, I’m not really sad to say but go along with me here), a really sophisticated communications network was destroyed. I think that means those guys can’t play Candy Crush anymore.

And the um…well, airport, yeah, it’s out of service and no planes will be landing there for a while…

One more thing – the Syrians are claiming they damaged an Israeli fighter jet. You guys are so funny. Really. That’s so cute.

But…no, you didn’t. Cause, we think this place just went boom by itself. I’m sure all the Israeli pilots are home asleep in their beds. It’s way past their bedtimes.