For much of my life in Israel, I have had the same feeling. I watch what they are proud of and what we are proud of. Long ago, I wrote that I’d rather be crying and live in land like mine than be celebrating and living there.

Two cultures are proud today…but their pride comes from two very different places and the distance between them is far greater than the kilometer or two between them. We are proud that we have cultivated the desert and made it blossom, that we have revolutionized the world of agriculture with numerous inventions. Drip irrigation. Bug-free and organic farming techniques perfected by the brave Gush Katif farmers. And we regularly share that knowledge with the world. Now in Israel, we are crying for something about which they boast. 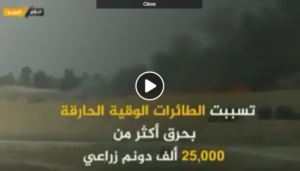 We release a sad video showing the devastation caused by the fires their flaming kites have ignited. We are sad at the destruction, the burning of our land…and they are proud enough to release a video celebrating our pain.

As I said. I’ve long been accustomed to the twisted and sick cultural bias that comes out of Gaza. They celebrated the release of over 1,000 terrorists, including those who murdered innocent women and children, while we celebrated the return of one young man who had been dragged into Gaza, tortured, and denied access to his family for almost five years.

In 1979, at the age of 16, Samir Kuntar crossed into Israel from Lebanon. There he killed an Israeli policeman. Then he broke into the Haran family home and grabbed Danny Haran and his 4-year-old daughter, Einat. 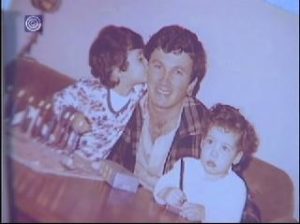 Kuntar forced Danny and little Einat at gunpoint to a nearby beach and as eyewitnesses ran for help, Kuntar executed Danny in cold blood and then smashed Einat’s head with the butt of his rifle until she too was dead. The couple’s second child, Yael, was accidentally smothered in an attempt to protect her from discovery, leaving Smadar, Danny’s wife, as the sole survivor of what had been a happy and thriving family.

In 2008, Israel released Samir Kuntar as part of a prisoner exchange to return, we suddenly learned, were the dead bodies of two IDF soldiers. Eldad Regev and Ehud Goldwasser had been captured during an infiltration from Lebanon. Hezbollah dangled hopes that they were still alive, when in fact they were murdered on the day they were captured. No one in Israel will remember the shock of seeing two coffins being unloaded. We had prayed for them to walk towards the border, or at least be carried on stretchers. In Israel, we cried for the pain of the Haran and Shahar families, whose loved ones had been murdered by Kuntar. And we cried for the Regev and Goldwasser families whose hope had remained alive until the end. 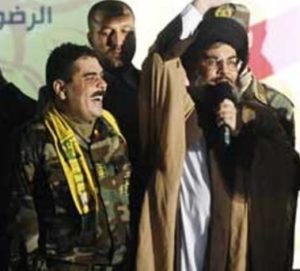 Meanwhile, in Lebanon, mass celebrations for the return of a child killer. The head of Hezbollah hailed Kuntar’s release. The leaders of Syria and Iran greeted him with joy. Nasrallah made him a top leader in Hezbollah. After several attempts (and after he broke his word and returned to a life of terror), Kuntar was  assassinated.

The Lebanese, the Syrians, the Iranians, and the Palestinians all celebrated the release of a child-killer. Their pride was for what he did and despite his murdering innocent children, that he was free.

Israelis cried in the days and weeks after the government released Kuntar. We cried for the families but deep inside there was a feeling of contentment. No, I’m not in favor of prison releases such as the Kuntar and Gilad Shalit deals. Kuntar is proof that those who commit terror once are likely to return to murder again.

Today, I am proud of a land that cultivates the earth and brings forth abundant life. More, I’m proud that we share our technology the world over so that others may benefit. Even amidst mourning for the desecrated and burned dunams, I’m proud. It is the pride of knowing that even now, we are planning and dreaming of replanting.

And in Gaza? Yeah, their really proud that they burned down 25,000 dunams of land. If that doesn’t say all there is to say about their culture and ours, I don’t know what does.