It seems like every time you turn around, oops there goes another Syrian target (kerplop). On January 9th, 2018, The Independence ran a clip from the Syrian state television announcing that Israeli jets had targeted the al-Qutayfah area near Damascus. 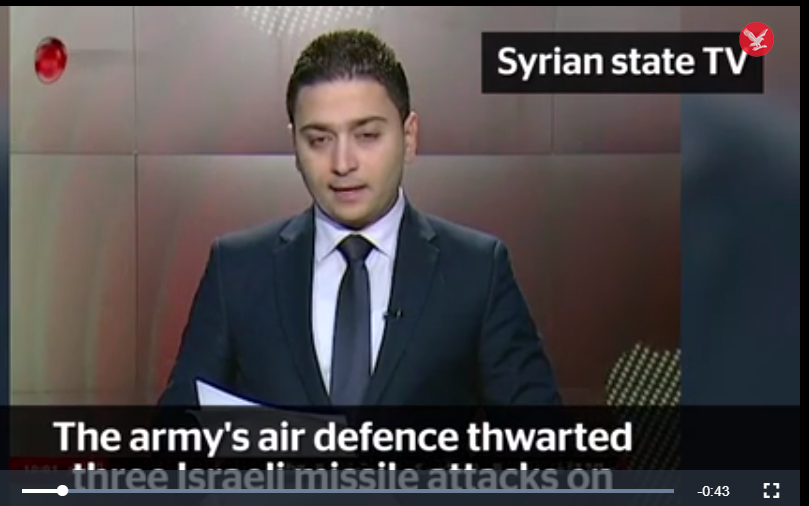 According to the Syrians, three missiles “were thwarted.” Meanwhile, according to the Jerusalem Post, “Local sources reported the sounds of explosions near long range missile warehouses and other military compounds in the town of Qutayfah.” Oops there goes another target, kerplop.

When troubles call, and your back’s to the wall
There a lot to be learned, that wall could fall 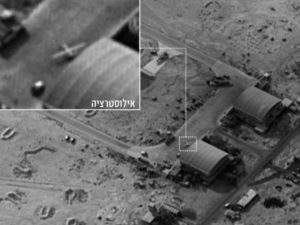 In February, Israel struck the T-4 air base, destroying Iranian drones that pose a threat to Israel. This time, Israel not only admitted what they did, but published the evidence for why they did it. Kerplop yet again!

In March, 2018, Arab media reported that Israeli jets had attacked Hezbollah strongholds along the shared border between Syria and Lebanon. Needless to say, Israel did not confirm the report. Kerplop yet again.

All problems just a toy balloon

In April, 2018, according to Haaretz, Israeli fighter jets struck an Iranian base in Syria, killing quite a few Iranians. Iran confirmed that at least four Iranians were killed, including a Colonel.

In fact, this was the third time Israel hit the same base, destroying a drone control center and what has been described as communications systems.

Finally, on May 10, Iran’s Qud’s Forces fired 32 rockets towards Israel. Original news reports spoke of 20. What is known is that most of them landed in Syria, and the rest were shot down by our Iron Dome. Meanwhile, on the same day, Israel launched a massive air attack against many Syrian-Iranian targets. Almost 30 fighter planes, including the new F-35s, flew nearly 70 missions devastating the infrastructure Iran and Syria have been building. Kerplop, yet again!

Each time a new report comes in, the same thought goes through my mind. Oops, there goes another Syrian target. Kerplop!

High Hopes and Oops there goes another problem, kerplop