Bibi Netanyahu took to the airwaves a short time ago with promises that he would deliver “dramatic” new evidence about the Iranian nuclear program. I’m sure the Iranians turned out in huge numbers to hear Bibi’s speech; I know that Israelis did. Because so much of the speech was in English, I’m relatively sure that Bibi knew his audience was going to be very much an international crowd.

Israel has a long history of trying and failing to please the international masses. We have sent hundreds of relief workers abroad trying to please others. Kenya. Turkey. Haiti. Indonesia. Nepal. We’ve even treated close relatives of Hamas leaders. All to no avail. No matter what we do, we are condemned by the United Nations, all of our neighbors, and most of Europe.

We continue to innovate and offer the world amazing technological wonders. And still they find fault and think we can do more to help others. Well, Bibi Netanyahu has taken care of this tonight. Every nation wants to feel secure and safe, including the Iranians. It might seem strange for Israel to help a country that has sworn to do all it can to eliminate us from the map. Yet, Israelis feel very strongly that it is our job to help when other nations are in need. Tonight, Bibi gave Iran and the world our assurances that the information in their nuclear archives is NOW in a safe place.

You see, the Iranians were apparently very careless; leaving this important information unprotected and so Israeli intelligence managed to offer their assistance. The files – over 55,000 PAGES of information and tens of thousands of CDs are now secure…somewhere in the Jewish State. Copies are being shown to the United States because we are sure the Iranians really want President Donald Trump to know all that we now know.

To be honest, we kind of knew that the Iranians were cheating on the Iran Deal and had no intention of keeping their promise not to move full speed ahead in their quest to develop nuclear weapons. But, for arguments sake, let’s say we were shocked by the information we found in all those files. Sheesh…55,000 pages. Can you imagine?

So you see, Iran – yet another reason why you shouldn’t attack us. Not only would we then be obliged to obliterate you, but with your luck, you’d probably end up landing a direct hit on the location of those archives.

And if, after reading this, you think that Israelis are smiling right now. Hell yes, we are. Come on. The Iranians were able to hide huge amounts of work on their nuclear development plans from the world…and they couldn’t even protect their documents from Israelis! 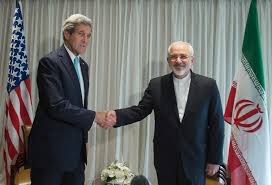 Wouldn’t you like to be a fly on the wall when the Iranian leadership brings in their chief military and security officers to ask them how this happened?

55,000 CDs. Sheesh, talk about incompetence. I would make a joke about heads rolling in Tehran, but sadly, that’s a very real possibility.

As for the timing, as Bibi well knows, his timing was perfect. How exactly can anyone think it reasonable to continue on the path of the Iran Deal when Bibi has proven that Iran’s been making fools of the whole world (except John Kerry and Barack Obama because they did that to themselves).

Bibi Assuring Iran that their archives are now secure

You can see the full speech here.

Related post: Israel in the Eye of the Storm.