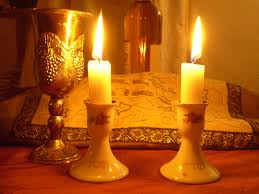 Perhaps, to build this a bit further, let’s add more details. Your grandfather was a very wealthy man, almost a king. And this gift was a jewel within his empire. Significant more for its beauty than its value. And when your grandfather gave it to you, it came with a long list of preconditions. So detailed that it literally consumes your life simply trying to abide by them.

From morning to night, from the first day of the week to the last, the structure of your grandfather’s rules consume and even define the person you have become. By agreeing to keep the gift, you also agreed to accept the many tasks, individual rules and conditions. Hundreds of them…over six hundred, in fact.

Though your cousins often laughed at the life you had built around the rules of your grandfather, the truth is that long ago, you learned to cherish the unique relationship this life had set before you. Almost immediately, you realized that keeping all of your grandfather’s rules would probably be impossible. And yet, the greater truth was that in your striving to keep this gift, the gift was really keeping you.

Certainly, your cousins never agreed to keep most of the conditions and preconditions, rules and guidelines and such. Your grandfather accepted this. More than accepted it. In the end, while leaving you to deal with the list in its entirety, your grandfather required the rest of your cousins to keep less than a dozen, not even 10. And on the day your grandfather explained this to you, that they would have but seven things they had to do while you would have over 600, he made you swear.

From time to time, your cousins tried to persuade you to abandon your gift, your rules, the life you had built. In time, you married and your wife too accepted the yoke and the magnificence you’d found. Peace was within your walls, but only within your walls. Over time, some of your cousins became more vicious, more envious, more mean. They tried to bully you to stop.

Finally, at some point, your cousins began to realize that you weren’t giving in or giving up. Frustrated, they realized their efforts weren’t working. If they were to succeed, they would have to try something different. For a while, things seemed to be almost peaceful. Maybe, perhaps, all the cousins could finally get along.

Now, imagine a few decades go by. You are no longer young. Finally, you are the grandfather bequeathed to keep the promise you made. Your cousins too have grown older and as they did, some begin to notice the gift. Suddenly, rather than seeing it as the burden, their eyes open to what you saw from the start. Now imagine one of your cousins coming along and telling you that really, the gift was for all of the grandchildren. Apparently, in their eyes, you were the one picked to be the caretaker, not the ultimate and sole guardian. Clearly, you remember hearing that they’d rejected the gift and now they want it? 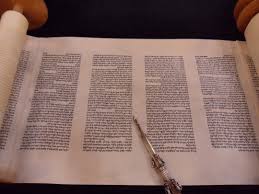 And there you are, living your life according to the strictest of rules, reaching out despite this to help the others, and they now suggest that the gift is really theirs as much as yours? Worse, in their arrogance, they suggest they are the true descendants and the gift is actually theirs. They who struggle to keep the seven most basic rules, demand that you share the most precious gift as if it is their right. As if decades and generations haven’t passed.

And over time, to you delight, you see that some of your cousins finally do begin keeping the rules they were given. For this, you give them praise, as is their due. The praise is their due, but the gift is yours, always and forever. Their keeping the seven does not entitle them to the six hundred. More, it doesn’t entitle them to the gift itself.

Because not all things can be changed. And because realities don’t always shift. Quite simply, a gift and an oath once made remain between those who gave and those who received.

To the Jewish people, God gave the Torah. The nations refused the gift that now some claim they want. While it was the Jewish people who answered, “we will do, and we will hear,” they said no. Can you imagine someone looking to buy a house and deciding not to and then, five years later approaching the new owners to demand their right to the house? In a sense, we “purchased” the Torah from God with our acceptance, our faith, and our devotion over the centuries.

There are many that say the “end of days” is coming, that the time of Moshiach draws near. Some among the nations suggest that if they learn and keep the Torah, redemption will be at hand. This is false. Nowhere do our sages suggest that the road to Moshiach leads through the doors of the church. In fact, that church will tell you that the Messiah came 2,000 years ago. We believe that when the Moshiach comes, all mankind will benefit. It will be an age of redemption for all – that’s true.

But the greatest of Jewish sages say no. Torah is not for the nations. Shabbat is not for the nations. These are the gifts God gave to the Jewish people. Ours to keep but not to give away. Giving the Torah to our cousins is not the way to bring Redemption closer. An oath was made, a promise. We are not God to rewrite the past or the future. And the last time God spoke to man was more than 3,000 years ago.

Nowhere does it suggest that the entire Torah was simply entrusted to the Jewish people until the rest of the world decided they were ready to accept it. Our ancestors stood at Mt. Sinai and accepted the entirety of the Torah. A covenant made. An oath. These laws and this Torah, the gift of Shabbat and more – these have defined who we are for thousands of years.

Ultimately, those who suggest that the gift Our Father gave to the people of Israel also belongs in some way to the nations break an eternal vow. Sage after sage has confirmed this and if a few modern rabbis disagree, that doesn’t change the truth of the gift God gave to our people.

Those who engage in building bridges with others should be commended. Peace is the dream we all want, open communication, trust and respect. But those who believe that the road to Redemption includes teaching Torah and/or Shabbat to the nations transgresses an oath sworn at the base of Mt. Sinai, the oath that is ours to keep.

Eternally, the Torah is a gift given to the Jewish people and those who have converted, accepting the joy and the burden of all 613 mitzvot. The Torah is the symbol of an eternal covenant for an eternal people. As a world, we are walking towards the end of days. We can reach out and help our Christian (and Arab and Hindu and Buddhist cousins) walk towards this great time. But transgressing Torah and the laws we have kept for thousands of years is not holy work. It will not bring Moshiach faster (or at all).

The time is ticking down faster and closer every day. On what road, on what path, will you find yourself when Moshiach arrives? Will you be standing with all of the Jewish people waiting for the great gates of compassion to open, or will you be lost on some side road heading further and further away from your people in the name of a road that will never meet the true path?