.Hate is a very strong emotion and so probably not accurate, but I have a strong dislike for how Daylight Savings Time (DST)  has become a political tool in Israel. It started at Yair Lapid’s “I hate Haredim” weapon and continues to disrupt the lives of tens of thousands of Israelis – religious and secular. 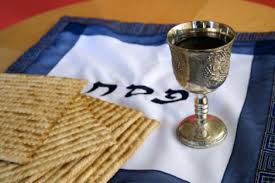 Many years ago, Daylight Savings Time was used intelligently in Israel. It was started some time after the Passover (Pesach) holiday so that we could begin the Seder meal at a someone normal time. With DST, the Seder only begins around 8:00 p.m. (if you are fast and lucky). For a young child, for a very tired Pesach-cleaner, that hour is very important and taking it away is simply cruel. We want our children and grandchildren to enjoy the Seder and take part. Most young children are fast asleep by 8:00 p.m. (certainly by 9:00 or 10:00 p.m.).

And Daylight Savings Time in Israel always ended before Yom Kippur was brought in. In actual fasting time, there clearly is no difference but ending a fast at 6:00 p.m. always seems easier than ending it at 7:00 p.m. or later. With these two firm holidays guiding the timing, DST was a delight for everyone. It gave us that extra hour of daylight in the summer without damaging these two important holiday experiences.

Then came a movement to extend those hours, claiming it saved money. It doesn’t. What it might have saved in using less electricity in darkness is now spent using even more electricity in air conditioning – at least in Israel. Last night, Israel joined the world in changing our clocks and extending the daylight one hour longer. The burden this places on religious families is one we have weathered for generations. Yes, we will now light our Shabbat candles an your later; begin our dinners much later than normal.

But the burden it puts on starting the Seder late and fasting one hour later into the day is one that the majority of Israelis now experiences. Most Israelis are more observant than you might expect.

Fact is, even the most non-religious Jews in Israel will still observe holidays and traditions. And for them as well, Daylight Savings Time definitely has a negative impact. I posted a note about how much I hate this holiday disruption. And, I was overwhelmed by the number of people who agreed with me. I’d like to start a movement against Daylight Savings Time being used as a political weapon that has misfired and hurt so many others. And here it is.