More than 50 years ago, Adolf Eichmann was one of the chief masterminds of the Holocaust. Systematically, calmly, he organized the most efficient way to murder millions of people. One of many books written about him and the trial that ended in his being hanged in Israel in 1961 was called, “The Banality of Evil.” Essentially, the premise of the book was that if you looked at Eichmann, what you would see was a very ordinary man. Clearly, he wasn’t handsome or overly intelligent. Equally obvious, he doesn’t appear to be a monster. Well, as lawyers exposed the evidence of Eichmann’s crimes, they revealed the monster…deep inside the man. With his hanging, to some small extent, they removed that evil from the world. 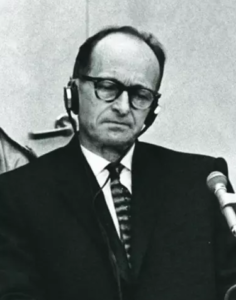 Today, in Israel, there is a new criminal, a new banality that needs to be identified. If Eichmann was the banality of evil, then Gonen Segev is the banality of treason. Like Eichmann, Israeli forces brought Segev to Israel for justice. And like Eichmann, Segev now claims he is innocent. Consider the similarities between these two men is staggering. While Eichmann’s work resulted in the deaths of over 6 million Jews; if Segev’s treasonous acts are confirmed and not stopped, his actions could have led to a similar number of deaths.

After an extensive trial, a team of judges found Eichmann guilty of crimes against humanity. Israelis hanged Eichmann. Cremated his body, and spread his ashes across the Mediterranean Sea. It would seem, to many Israelis, that Segev deserves the same.

Segev’s life, one could argue, is a patchwork of failures. He entered the army and attended pilot training but bailed out and moved to a combat unit. After the army, he studied medicine, but bailed out of that career to enter politics. He aligned himself with a party that failed. Split off to another party that did even worse.

Typical of Segev’s shady past, he attempted to smuggle thousands of Ecstasy pills into Israel in 2004. The idiot claimed they were M&Ms. When his diplomatic passport expired, he extended the date using a pencil. 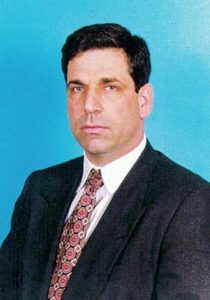 Next, the court’s sentenced Segev to 5 years in jail, and released him on early parole in 2007. At that time, he returned to practicing medicine in Nigeria. Then, in 2016, he tried to get Israel to reinstate his medical license here so he could again practice medicine in Israel – yeah, he failed that too.

According to the Wikipedia article on Segev, he was quoted as saying, “I’ve decided I’m not coming back to Israel unless I can return with my head held high”. And he failed in that too.

Ironically, Segev is now back in Israel but he’s unlikely to ever practice medicine again. The Israeli police arrested Segev on suspicion of spying for Iran. They say the Iranian Embassy recruited Segev in 2012 and that he traveled twice to Iran. Now, police suspect him of aiding an enemy in a time of war. Take a look at Segev because he surely represents the banality of treason. He looks so “normal” but he is nothing more than a worthless traitor. Pathetically enough, Gonen Segev claims he wanted to be a hero; history will not judge him well.

Well, Eichmann was the first person that Israel charged, convicted, sentenced and executed. With any luck, Gonen Segev will be the next.