Last week, Israel joined yet another tiny family. Only three other nations have landed on the moon. Israel is filled with jokes right now. Some reflect pride, others reflect a sense of irony and what is often termed “black humor.”

Will we be accused of a new occupation? Will the Palestinians now claim that they were there first (as they claim they were in our land)? If you ask the Palestinian leadership, they’ll tell you that Jesus was a Palestinian – only apparently Jesus didn’t know that. 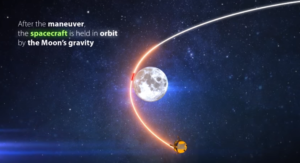 As for the moon – it’s folly. How silly, right? Obviously, we have so many problems and so many issues, why do we need this right now? And equally obvious to most Israelis is that it’s really more about the Israeli psyche than anything else. No, it’s not about why, but rather, why not the moon?

The rocket is called Beresheet – “In the beginning” and carries a unique payload. For one thing, the words “Am Yisrael Chai” – the nation of Israel lives – are written on the side of the rocket. Beresheet hitched a ride to the stars on Falcon 9, leaving Cape Canaveral on Friday. Just 38 minutes into the flight, Beresheet left the Falcon 9 and began its own journey.

Obviously, it will take weeks for the rocket to reach the surface of the moon. But have no fear, Israelis are entranced. And soon, very soon, Israel will join a very small group – huge nations that spent vast resources…and little Israel. It truly is just the beginning!

Israel on the Moon