In this latest Conan video, he visits the Dead Sea. He explains that geographically, the Dead Sea is the lowest place on earth.

As he floats, he begins to sing Hava Nagila. The problem is, he only knows two words of the song – Hava and Nagila. Leave it to Conan to get a whole bunch of vacationing Israelis to break out in song (and teach him the song really does have more than two words). He questions everyone as to whether they could possibly be Israelis, if they didn’t know better. 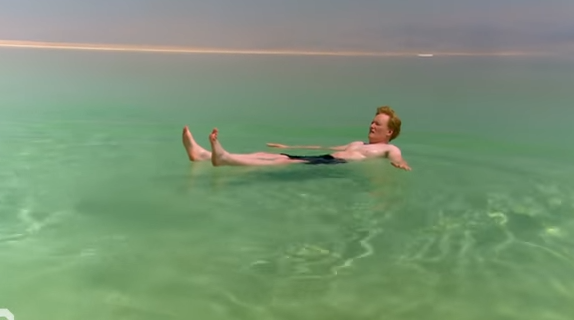 Clearly, with the very white skin and red hair, they suggest, it’s not likely that anyone would make such an assumption. Only Conan can go somewhere and get everyone singing! And then – Conan meets Israeli mud!

What happens next is simply fun. In typical Israeli honesty, Conan asks a young Israeli if she finds him more attractive with or without the mud. She says he’s more attractive WITH it and the next thing you know, he’s going around covered in the mineral-rich Dead Sea mud. 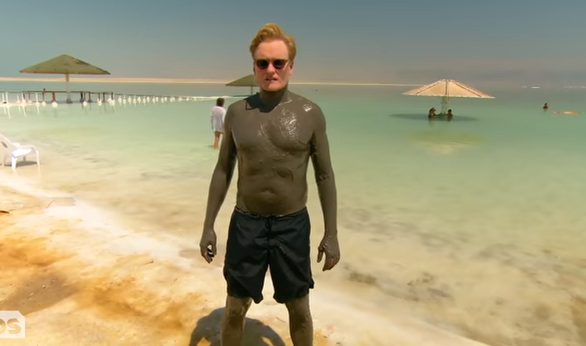 The Dead Sea is usually nothing to laugh at.

Especially in the last few years, as many areas have dried out because of the lack of rain.

Conan brings that missing laughter to the Dead Sea.

Conan at the Dead Sea

Conan in Israel – Laughs and Truth

Is Conan Thinking of Enlisting in the Army?