Pesach. Passover. The Holiday of the Spring.

What is this thing all about?

We were slaves in ancient Egypt. God took us out. He split the sea. We were born as a nation. So many monumental events surrounding this holiday, and what do we remember? What do we call it? Passover. Because he passed over our houses during the plague of the newborns. He spared us, the Jewish people. 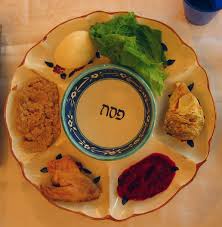 Why is that the name? Why is that tiny seemingly insignificant event the one we commemorate for generations? So he skipped over us. And? Seems strange.

Well, for starters, we call it pesach (from the word “Passach”, which means skipped over” or Passover in English but in the Torah, God calls it something else. “Chag Hamatzot”, the holiday of the matzah, which is the food we ate as we rushed out of Egypt.

We call it Passover. He calls it the holiday of matzot.

If you think about it; we are praising God by calling it Passover. Thanking Him that he had the faith in us as a people to let us live and flourish as a nation. We surely didn’t deserve it. The commentary explained that we were almost at the lowest level of impurity as a people. The Egyptian culture had rubbed off on us. 210 years of slavery will do that to a people.

Despite our low moral standings as a nation, God saw our potential, skipped over us, and gave us the Torah, thereby giving birth to the Jewish nation. He believed in us and for that we thank him.

But He calls it something else. He praises us by calling it the holiday of matzah. We were finally free. And we finally had the chance to eat our own food; do our own thing and we, as a people, had enough faith in God to listen to him when he said to not let the bread rise but to take it and run!

He praises us for fighting our temptations and letting our faith in him drive us to action. He commemorates the act of us running out before letting the bread rise because God told us to.

We had faith in Him, He thanks us for that faith.

He had faith in us, we thank him for that faith.

This is the holiday not of religion, but of freedom and faith in one another. We celebrate the beginning of our national identity, which was predicated on mutual faith and confidence between man and God. Mutual respect and faith.

Only when there is mutual respect and appreciation, can true freedom come. Freedom doesn’t mean no limitations and no restrictions. Quite the contrary. Real freedom means the ability to choose morals over corruption, ethics over dishonesty, life over death.

We were finally free as a nation and that freedom became a tangible reality with the receiving of the Torah. That is when we really became free.