Linkedin
A beautiful article written by Boris Grosman, Deputy Mayor of Maale Adumim and a message to all of us before Yom Kippur.
Guest Blog by: Boris Grosman
I’d like to tell you about a moment in my life that happened 45 years ago. That moment changed my life because in that moment, I decided I would die for the State of Israel.
I remember it as if it happened yesterday. I was a soldier in the Red Army of the Soviet Union. I served in a classified intelligence unit. It was 1973. One night, I went on a secret radio station and heard that the Egyptian and Syrian armies had launched a surprise attack against Israel during Yom Kippur. 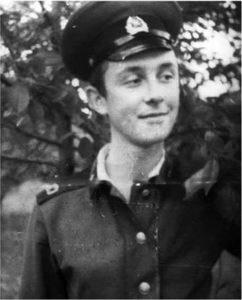 I was immediately afraid of what might happen to my cousin Daniel, who had immigrated to Israel and must have enlisted in the IDF. I was afraid of what fate awaited my brothers and sisters in Zion.
So there I was, deciphering Morse codes in a secret unit on what was apparently the fifth day of the fighting. The officers of the unit (Counterintelligence and External Intelligence Services of the Soviet Union), arrived at my unit and informed the staff and I that we were attached to a unit that would join the fight with the Egyptian army. We would be part of the information warfare system fighting Israel.
When the officers arrived, it was about 8:00 p.m. We were a group of 50 soldiers who had served together for more than a year. The officers told us that at 7:00 the next morning, we would board a plane to “help our Egyptian brothers fight against the Zionist enemy.” They gave us uniforms and new rifles – a completely different model from the Russian Kalashnikov and made us sign documents stating that “we are all going voluntarily.”
I was at a loss, unable to even get in touch with my family to consult with them about what I should do. There was only one telephone on the base and the KGB (Russian intelligence) was listening in on it all the time. There I was – the only Jew among over 1,000 non-Jewish soldiers. From the beginning of my army service, they had abused me physically and mentally until the day I finally had had enough. I jumped on the biggest soldier in the base and struck back with my bare fists.
From then on, nobody dared to mock me or call me a “stinking Jew.”
As we were being told about joining the fight against Israel, all those memories of the hatred against Jews, memories of things I had heard from my late grandfather, who spoke to me of longing for Zion throughout my childhood.
As these memories came to me, I knew that I had only one choice. Without hesitating further, I wrote a short farewell letter that only my family would understand. I then walked to the kitchen on the base, and broke in through a window.
I took some old oil that had been used for deep-frying that had been put on the side for disposal, and drank it down quickly without thinking twice. I thought I would die. My whole body hurt and I wanted to vomit. I needed to drink something but instead, I dragged myself back to the soldier’s quarters where I must have fainted.
In the morning, I found myself in the military hospital with tubes connected all over my body. Soldiers came to the hospital and wanted to interrogate me but the doctors told them that I was half-dead, could not get out of bed and certainly couldn’t participate in any military operation.
Although I suffered from horrendous internal pain, I was so happy that my plan had worked. It was a personal war that I had won. It took another week and a half of severe treatments and purging my stomach to rinse out the rancid oil before I could be released from the hospital and I felt the damage of drinking the poisonous oil for at least a decade.
For me, it was a miracle. I had been saved both from the oil that I had consumed and from being sent to fight against Israel.
In a few days, we will observe Yom Kippur. We will fast, repent, and pray for better in the new year. At the end of Yom Kippur, we will all hope to be written in the Book of Life and we will hear the sound of the shofar being blown in the synagogues of our city.
Every year when I hear the sound of the shofar, I remember my personal miracle of 45 years ago. I had decided to die for the State of Israel. I had said goodbye to my family, rather than betray Israel and the Zion of my grandfather’s dreams. More, I knew that my place would be in Israel and that I had to stay alive and immigrate to the Jewish States.
From the day I left the hospital, 45 years ago, I knew that I had a mission for life, a promise to keep. Each year, I struggle to be worthy of that miracle that God gave me. I hope that I have succeeded and will continue to work towards doing even more.

May we all be sealed in the Book of Life – G’mar Hatima Tova.