My name is Osama Najar. I am 28 years old, a proud Catholic-Israeli, and I live in Haifa with my wife Carol and daughter Natalie. My parents and siblings love to dote on Natalie. How I like to play poker with my brother Youssuf. But I mostly have a passion for food and I am the cook at the popular Maxim restaurant on Hahagana Boulevard. Amazingly enough, Maxim is a place that welcomes all people. Regularly, you’ll often find Jews and Arabs sharing tables and breaking bread together all year round.

Typical of the entire place, a Christian family and a Jewish family operate the business in partnership. They believe we are all Israelis first. Overlooking the sea, right on the beach, many in the community and all over Israel point to our restaurant as a symbol of peace. Not to mention players from my favorite football team, Maccabi Haifa, frequently dine here! 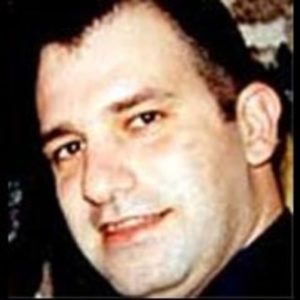 In the afternoon of October 4, 2003, our regular Saturday customers packed the tables at Maxim. Only hours before Yom Kippur, everyone was enjoying a final feast hours before the Jewish fast would begin. Without warning, a 29-year-old Palestinian terrorist from Jenin walked past our security guard and sat down for lunch.

Just weeks away from finishing law school and taking her exams, Hanadi Jaradat traveled to Israel in a cab. Lying, she told the driver she was visiting her sick father in the hospital. Then, she insisted the two eat lunch before being dropped off.

On that day, while seated at the table she detonated an explosive device packed with shrapnel. Tragically, Hanadi Jaradat murdered 21 people. Some Arabs and some Jews. Some staff and some patrons. Men, women, children and babies. Also, another 60 people were injured. Ironically, the terrorist was later awarded top honors for her crime by the Arab Lawyers Union.

My name is Osama Najar. I am 28 years old. And I am one of #TheFallenFaces.