My name is Naftali Dean. And I am 85 years old. I was born in Romania in 1916 but I have lived in Israel since 1935. At the time, I was a journalist covering the Maccabiah Games. Afterwords, I could never bring myself to leave.

In 1939, I married my wife Penina and we are blessed with three children, 10 grandchildren, and four great-grandchildren! Believe it or not, I started my career as a citrus farmer but public life beckoned me. 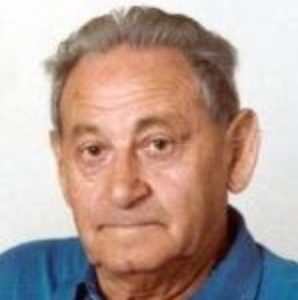 I served on the Workers’ Council and a member of local village committee. In the 1948 War of Independence I led my people as a regional Haganah commander. And from 1954 until 1970, I became the first head of the Tel Mond local council, where I lived. President Yitzhak Ben Zvi even honored me with an Outstanding Citizen award in 1963 for my work in immigrant absorption. When I retired from politics, I established an insurance agency so I could continue serving to my community. My son Moshe says no matter how old I get, I remain active and always ready to “help everyone.”

On March 4, 2011 as I walked to work around nine o’clock in the morning, I saw my niece Shlomit Ziv at the corner of Herzl Street in Netanya. Before we even had time to say hello, Ahmed Alyan, a 23 year old Palestinian terrorist from the West Bank, detonated a suicide bomb. I was rushed to the hospital, but died five hours later from my wounds.

My name is Naftali Dean. I am 85 years old. And I am one of #TheFallenFaces.