Linkedin
It was one of those midnight funerals which are very common in Israel, especially after Shabbat. According to Jewish Law, we are required to bury the dead as soon as possible, preferably on the same day.  So, especially when someone dies on a Friday, if the funeral can’t be held before Shabbat, then it’s held a few hours after Shabbat is over. And in Jerusalem, Shiloh and some other locations, it’s very common for someone who had died on Shabbat to be buried after Shabbat. Yes, even religious Sabbath-observing people manage to get the news out quickly enough after Shabbat.
Davka, last night two young neighbors were burying parents, one in Jerusalem and one in Ariel. The community’s email and tremp Whatsapp groups were full of offers for rides to both. Of course, since both were at the exact same time, we had to choose.
I went to the one in Ariel. It was the first time I had been in that cemetery, the New Ariel Cemetery, as it’s called. 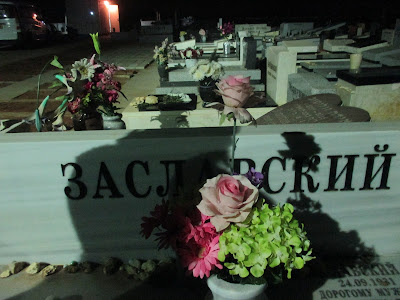 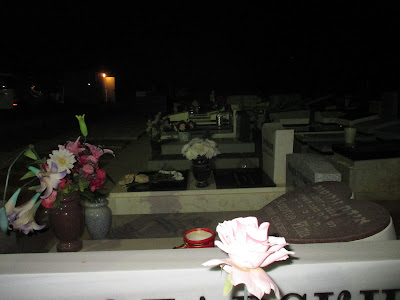 Grave stones reflect the culture of the community buried there. As you can see, there’s lots of Russian written on the stones here, besides Hebrew. And there are also all sorts of flowers and other decorations I don’t usually see in Israeli cemeteries.  It’s not the style of the graves in Shiloh or Elkana. Families are given a lot of leeway according to Jewish Law. There are also Jewish cemeteries that have a requirement of uniform stones. That’s what I saw where my aunt and uncle are buried in Florida. In the Long Island cemetery where my parents and brother are buried, there’s a variety of stones, but nothing as creative as these. But I’ve seen some very interesting ones in Har Menuchot in Jerusalem.

May Gd give comfort to the mourners…
המקום ינחם
It's only fair to share...