Israel is once again facing elections. And once again, Prime Minister Benjamin Netanyahu timed the elections to fit his hopes and dreams. I had hopes and dreams once of a united Israel that would stand strong. I voted for Prime Minister Benjamin Netanyahu because my Hebrew wasn’t very good and life seemed to be simple. What is needed in this election is an alternative to what has been. The left is ready to offer it and so the right must be as well. 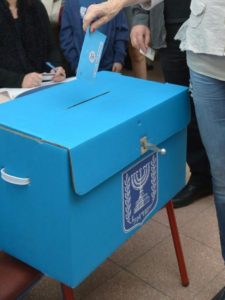 Bring on the United Right, more, bring back the united right. It means a whole bunch of men dropping their egos. Really. That’s what it comes down to, as seen from the eyes of the Israeli voter.

And it means erasing the stigma of  “extreme.” Will this happen – a united right? Probably not. Instead, Benjamin Netanyahu will likely win too slim a party to be able to make real advances. A short bit behind Likud, will come Benny Gantz and Moshe Yaalon. But in the aftermath of the primaries in Labor, apparently Labor is growing against both Hosen L’Yisrael (Gantz/Yaalon) and Yesh Atid.

According to the latest polls, Likud remains with a solid 30 seats, Hosen L’Yisrael has dropped from 20 to 18, Yesh Atid would walk away with 12 seats if the election was held today and Labor rose in this poll to 10 seats. Those three parties will win (according to recent polls) around 40 seats to Bibi’s 30. Then, a whole bunch of parities would get anywhere from 4 – 7 seats including Bennett’s party, two Haredi parties, the combined Arab party and Ahmad Tibi’s party, Meretz, Liebermann, and others. Total of these “little” parties is still 50 seats and it is likely that from within this mess, Bibi will pick his partners.

Anyway you cut it, the opposition (left and Arab) is likely to be a strong one. Who will enter which coalition at this point is anyone’s guess and nothing will be clear any time soon.

Other than one thing, that is. The side that unifies is likely to walk away with the election. And, as someone who supports the right, I can only its leaders will realize the folly of their ongoing divisions.